The most simple, yet powerful tip to help fellow firefighters struggling with stress and anxiety

Firefighters are dealing with tremendous amounts of stress from many different sources these days. According to experts, this stress manifests itself into anger and cynicism in the workplace, compassion fatigue and PTSD.

“Anger and cynicism are a hallmark of trauma exposed workplaces.”

A PTSD and compassion fatigue counselor for first responders, Francoise Mathieu, made the above statement. She explains that firefighters deal with two kinds of work stress: 1) that from simply working long, hard hours, often with lacking resources, and 2) that from being exposed to so much trauma. It is the combination of these two that often result in anger and cynicism.

And that frustration can unfortunately be directed toward coworkers, often in a bullying fashion, or by them isolating themselves.

So how do you start the conversation with someone who you can see is struggling? 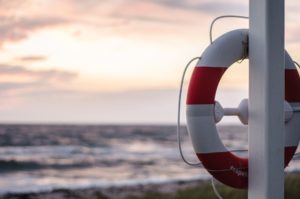 Mathieu points out that this can be an awkward topic. And because it is, a lot of us don’t do anything. But that is the worst thing you can do. You should reach out to them. But it doesn’t necessarily need to be solely to talk about it – it could be just inviting them out for a beer or to do something fun.

So what exactly do you say?

“I notice you’re not being yourself.”

It’s a simple, non-confrontational way to let someone know that they seem off. This can open up the conversation so they can talk to you about it, or, if they don’t want to talk, they’ll know you care.

I once said this to a firefighter whom I’d gotten to know since I’d done his fitness assessment for several years. He responded by saying I was right, and that he was struggling with the frustration of constantly tending to patients who weren’t interested in helping themselves. He ultimately made some major life changes and appears to be his normal happy self again. I can’t say for certain, but maybe the concern that I expressed, and hopefully some of his coworkers did too, helped him see how badly the stress was affecting him and spurred him to make a change.

Don’t try and diagnose their issue by saying “I think you have a problem/PTSD, etc.”

It’s important to note that Mathieu says if a person is really isolating themselves – not wanting to be around others at work and at home – that is a hallmark sign of depression, and they need to see a professional as it’s beyond the scope of a caring friend to treat the problem.

What else can you do?

Practice “low impact debriefing.” This means to avoid flippantly giving graphic details from gruesome calls that you’ve been on. Here are some smart steps to follow: 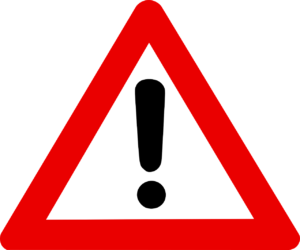 I know that if someone told me all the details about the death of a child the same age as mine, with no warning, I would be very upset. Had they first followed these steps, I would have had the chance to stop them before the information became traumatic for me as well.

Bottom line…ALL first responders are affected by the stress of the job. But you CAN take small and large steps to alleviate this stress, both for yourself and your coworkers. To learn more about these steps read my other article on compassion fatigue.

The information in this article was taken from this video interview with Francoise Mathieu.