My tip for staying firefighter fit without giving up beer:)

It’s football season so this week I’m giving you my tip for staying firefighter fit without giving up beer:) 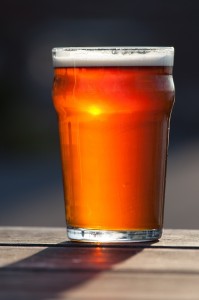 First of all, you don’t have to be an extreme health nut to be a healthy person. You can enjoy beer, burgers and lots of other non “health” foods and still live a long, healthy life. Everything in moderation.

Also, there are definitely some health benefits to moderate beer drinking! Including stress reduction, and improved risk factors for heart disease. However, this is only true for people who have a healthy weight. (Of course, drinking in excess causes other health problems, and studies typically equate “moderate” drinking to an average of one drink per day. ) But beer can have a lot of calories in it, so it can be difficult to maintain a healthy weight while maintaining your drinking habit. To help out with that, here is the run-down on the lowest and highest calorie beers out there.

All the lowest calorie beers ranging from 95-124 calories typically say “light” in the title. Rolling Rock (120) and Michelob Ultra (95) are also low in calories. The next lightest is Guinness Draught with 126 calories (not Guinness Extra Stout which is 153 calories).

Budweiser (145), Coors (149) and Corona (148) are next highest and comparable in calories. Sam Adams and Fat Tire both come in at 160. Red beers typically aren’t the lowest in calories, but they’re not the highest either. George Killian’s Irish Red has 162 calories and Gennesse Red has 148.

Wheat beers like Michelob Honey Wheat (175) and Blue Moon (180) may set you back a few more calories. You may have thought that the dark beers are always the highest in calories. While that may be a good general rule to follow, some don’t fit that bill. Henry Weinhard Classic Dark Lager has 166 calories and Yuengling Porter has 150 calories which is even comparable to a Coors.

It’s good practice to check the calorie count on the nutrition facts label, especially for darker beers since they can vary. Budweiser American Ale is pretty high in calories at 182 and a Miller Classic Chocolate Lager is 195 calories. Watch out: a few examples of beers super high in calories are Sierra Nevada Bigfoot (330), McEwan’s Scotch Ale (295) and Sierra Nevada Stout (225). These are comparable to eating an ice cream sundae (so if you have 4 of them, you had 4 ice cream sundaes!)

Now I want to hear from you. Is beer your vice when it comes to trying to lose weight or maintain a healthy weight? If not, what is it?